We tend to think that car thieves are dangerous. Well, they are but they obviously never thought that danger’s coming for them this time. They are cocksure that no other bad guys will best them. They never thought for a moment that their next modus operandi’s going to fail. They’ve done this a hundred times. What could possibly go wrong?

They scurry down to a parking lot next to an abandoned industrial building. The car looks really good and whoever owns it is probably busy conducting his business inside the building. All they need is less than ten minutes and they’re out and about. No reason to linger.

These thieves are also packed with pure muscles. They’re all wearing black tanks, showcasing the bulge in their arms and the definition of their abs. The leader of the Russian Captured Boys‘ team’s quite pleased as he takes a closer look at the camera. They need to act fast because these brawny guys could easily out maneuver them and he’s not going to let that happen. The trio’s far too valuable. He’s not going to chance it so he takes his gun and instructs his overseer to take the other.

As the thieves get to their target, they start removing one of the tires. One guy looks out from one end and one on the other end. As much as they have the physical traits to hold themselves up from a potential opponent, they’re no match to a pointed gun. 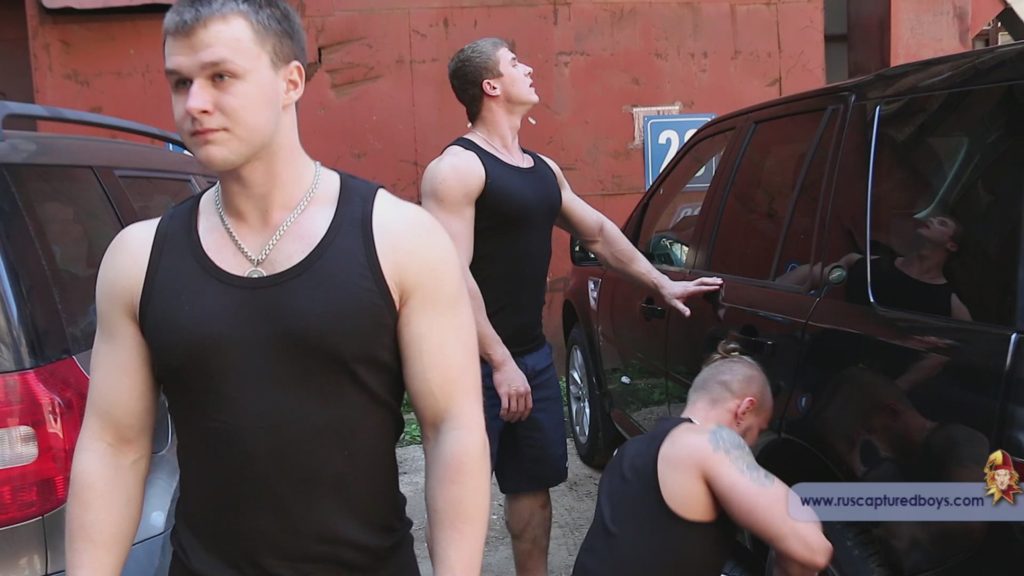 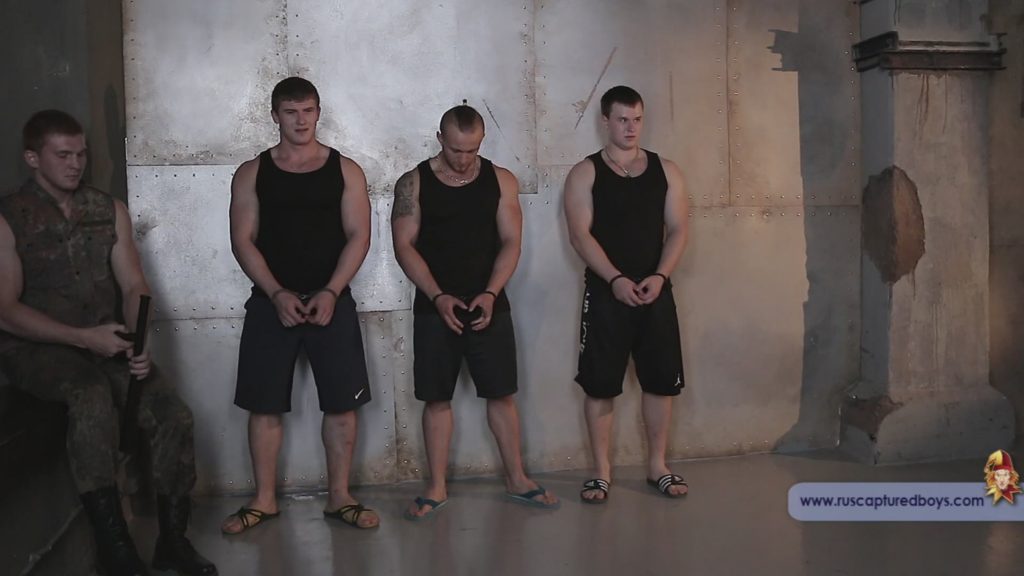 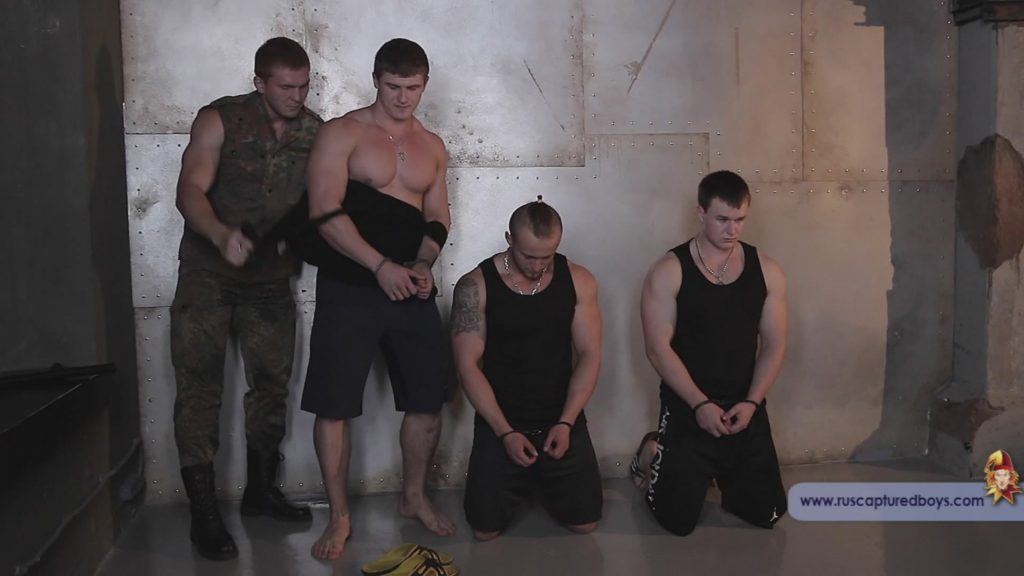 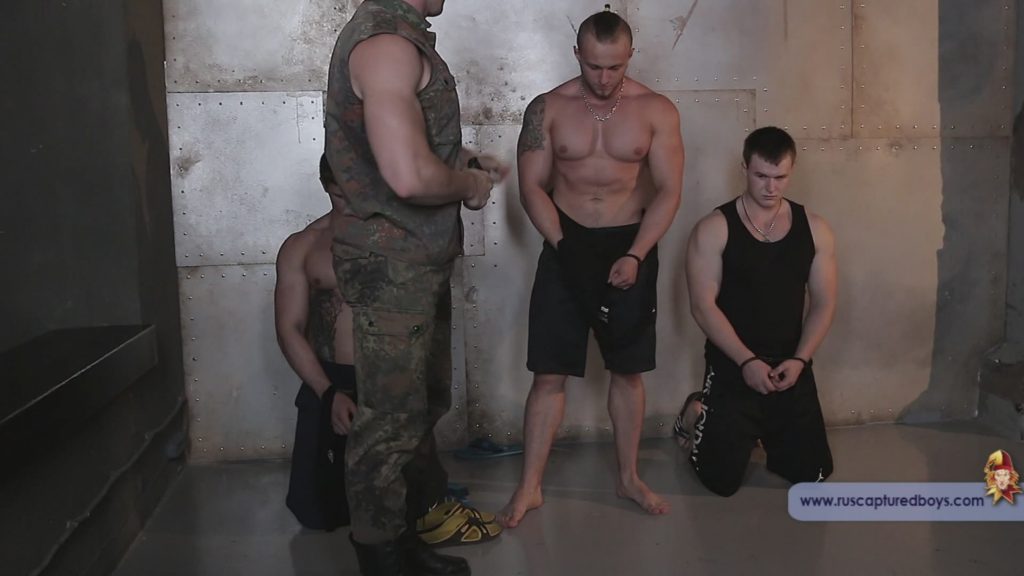 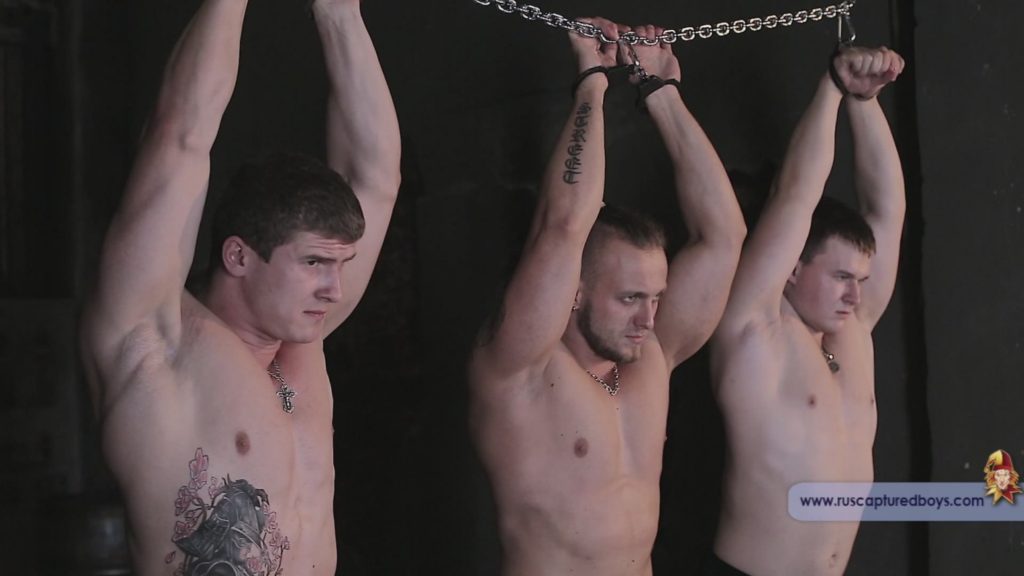 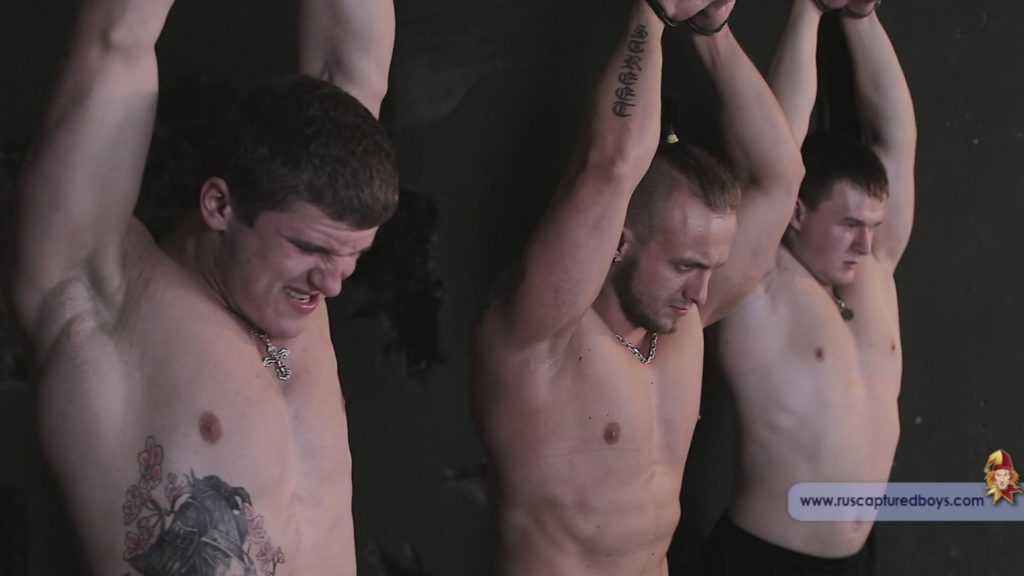 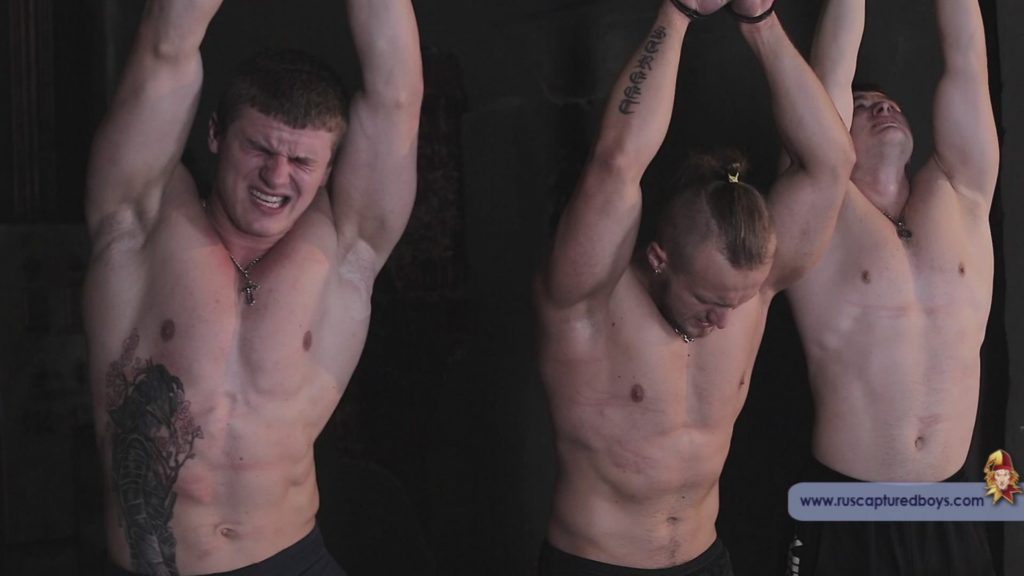 Watch these thieves get their punishment only on Russian Captured Boys!