Joshua James is a new sub at Kink Men and has been featured on 30 Minutes of Torment. You’ll fall in love with him if you’re into twinks, and you’ll love this shoot if you’re into twink bondage. You can hear his southern twang so I bet that he’s the perfect southern gentleman, until he finds himself in the unforgiving halls of Kink Men.

Joshua finds himself tied to the wall. It didn’t diminish his confidence until he felt the sting of the zap. He also discovered a sensitivity in his nipples when tortured with clamps. He then took a flogging and was suspended in the air to be flogged some more.

THE GIMP- Joshua patiently waited for the Gimp’s hard cock while secured down in a fuck box. The Gimp filled Joshua’s tight hole with his fully erect dick. He shot his load all over Joshua’s face. 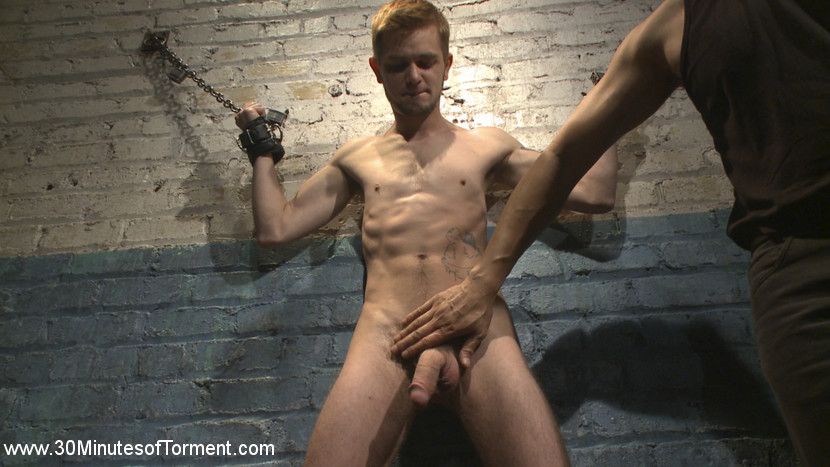 Watch this now only on KinkMen!

Check out what members at Kink Men have to say about this shoot!

“For a 1st timer Joshua can take it. H is so cute a body to die for. His voice turned me on almost as much as the shoot. He sounds like a real southern gentleman. His honest reactions were a refreshing change from the some times almost practiced reaction of some performers. 1 thing I didn’t care for was the music towards the end. At first I found it distracting then annoying. PLEASE have Joshua back again”

“I like your new sub nice body, very expressive eyes, I love this shoot JP”