Slave Vasily is back! As we’ve all seen in Part 1, the rogue slave has been returned to the slave correctional by his master for remedial training because of his supposed insubordination and inadequate performance.

Russian Captured Boys has produced the sequel with so much promise to the torturous journey the young, brawny slave has to go through. The scene begins with the guard leading Vasily by his leash. That picture alone is enough to send blood flow straight to your cocks. That’s if you’re into the male slave fetish. 🙂

The guard declares that the slave’s nipples should be stretched out. That way they get enlarged and therefore appear more appealing to his masters and mistresses. 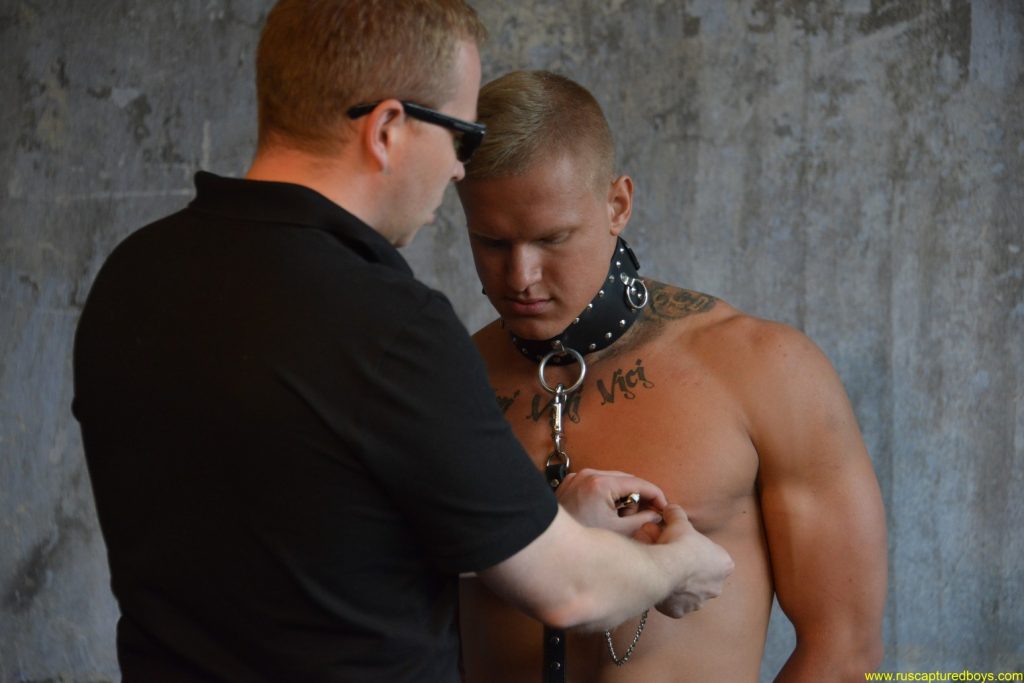 Slave Vasily is then ordered to do jumps while he’s enduring the painful pinch of the nipple clamps. He sadly cannot keep up and he collapses onto the floor. The guard takes advantage and removes the nipple clamps, resulting in the blood rushing back that triggers an enormous amount of pain for the virile slave.

Next up on the list is for the slave to learn how to shine his master’s shoes. That might sound a little tedious in this imaginary world but to see Vasily performing that task is a complete turn-on– a man rippling with muscles kneeling, half-naked, at the guard’s feet. HOT!

The guard is not satisfied with his compliance with this task, of course. Instead, he demands for Vasily to start licking his shoes. Vasily does not however obey.

And that’s a huge mistake.