I first featured these two slaves hanging from their wrist and being whipped senselessly. Now the slaves’ torment continues here on  Russian Captured Boys.

The hunks are tied with their backs to each other. They have their heads bowed as they wait for their suffering to come through. They stand on a mat with metal strips on them. It’s designed to deliver electric jolts. The slaves know this so they just hang on until they receive their punishment. There is no escape. They are beginning to understand that the life of slavery is filled with pain.

You can actually feel their agony. Both slaves are pretty stoic but they slowly break here. They gradually lose that composure as the jolts kick in. They brave through that uncomfortable, electric tickle but it eventually gets them. Their nipples have been clamped and jolted and the only they could do is twitch. They’re trapped and locked in their position. Bound. Helpless. They cannot even lift their feet up in the air as the electric shocks are transported down to the mat they’re standing on. They can only moan in pain. 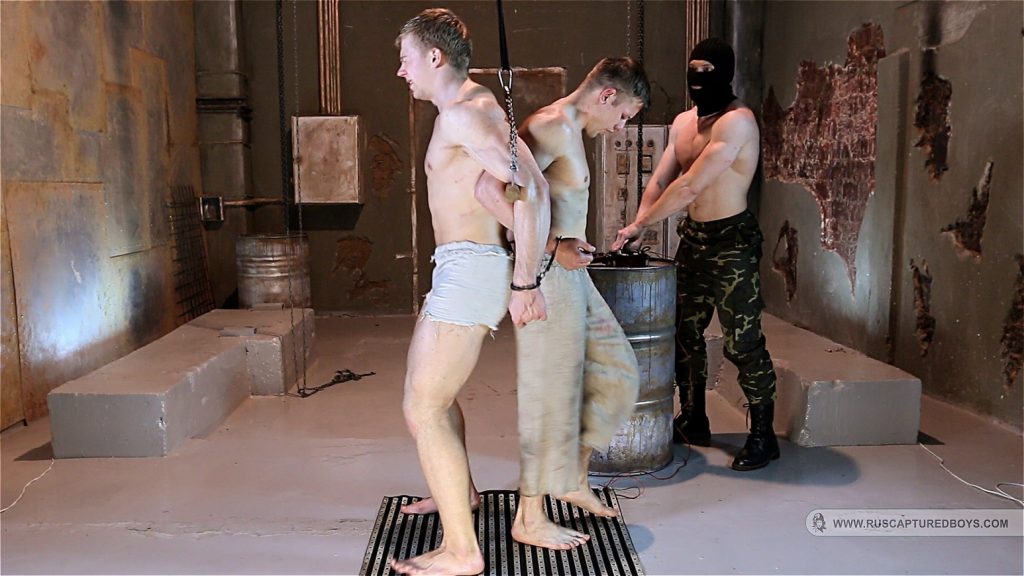 Watch these slaves dance through it only on Russian Captured Boys!