This has got to go to my favorites list. We all love a freshly captured arrogant soldier who has no clue as to the struggles that await him. Our special forces commando here is no different, which is why the team at Russian Captured Boys has enjoyed tormenting the bravado out of him.

At first you can see the smirk on this proud soldier. It’s as if he’s even challenging his tormentors to give it their best shot or he’ll just get bored. Of course the interrogator remained impassive. You couldn’t even tell if he was pissed at the soldier’s hubris, or simply wallowing at the thought of this soldier’s imminent torture. Either way, you couldn’t really read his face.

Anyway, it wasn’t long before the soldier started to submit to the pain, his arrogance completely wiped off his face. Now the expression you’ll see is nothing but distress. With that body glistening with sweat, there’s no sight more beautiful to behold.

I actually like the second part of this series best. In here the prisoner is spreadeagled on that infamous metal frame. We all know at this point what torture he’s going to endure. It’s either the whip or the electric shock, or both! Our commando here is no exception. He’s really broken here. This torment led our poor soldier to shed tears. Watch as he cried at the latter part of his ordeal.

And it’s never enough. When you’re dealing with Russian Captured Boys, subjecting the captives to only two kinds of torment is never enough. So for the painful finale, our soldier here was subjected to the wicked bastinado. We have to admire his resolve to keep quiet with his mission. For most of us, we care less about their mission. We just wanted to see those muscles struggling, now don’t we? 🙂 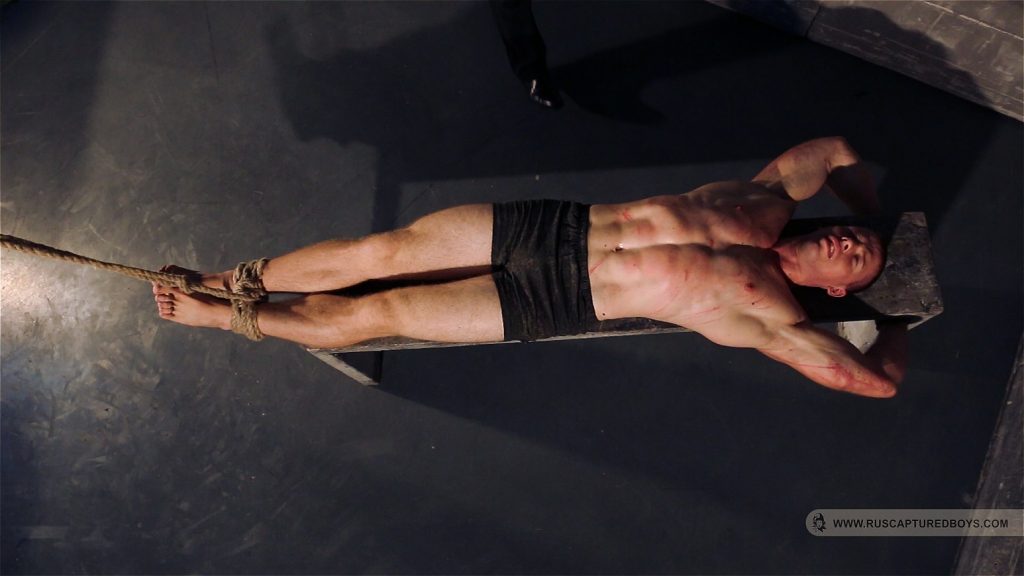 Watch the entire series only on Russian Captured Boys!