There’s something about Konstantin. He has an indeterminate quality that makes you want to do bad things to him. Maybe it’s the way he reacts to the pain. I don’t know. All I know is that he definitely looks hot squirming and struggling.

I first featured him in part I, where the poor boy went to see a doctor to get something checked, but he instead ended up in the unforgiving hands of a consummate sadist. A sadist who’s always on the look out for his next male slave.

Konstantin has endured some serious nipple torture here, and you don’t want to miss his delicious reaction to that. The staff of Russian Captured Boys certainly didn’t hold back and used needle torment in here. Of course one way is never enough. They also worked their way with the violent wand and some scary pair of pliers to enhance the game.

Check out some of these steaming photos. 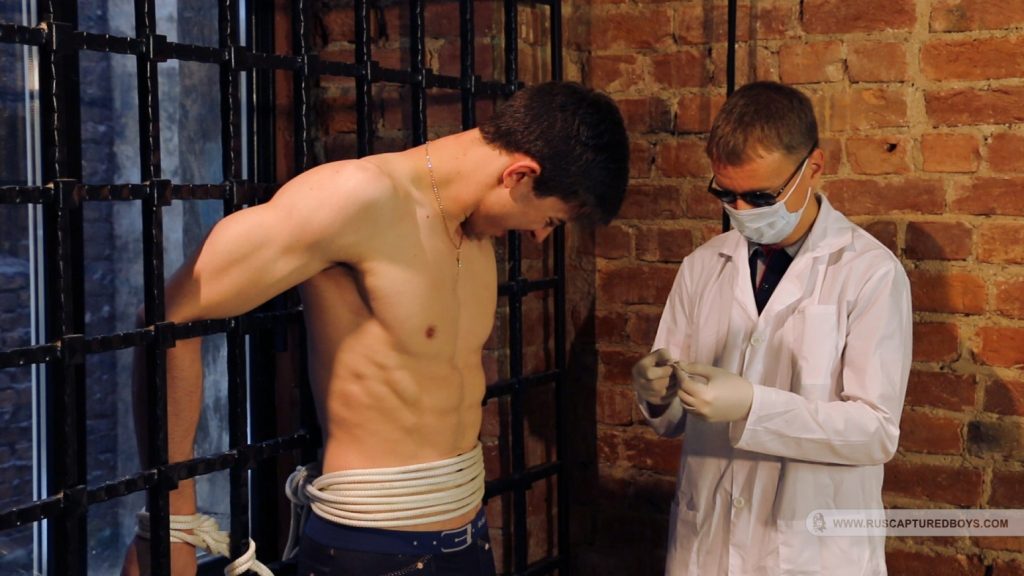 Watch all of these only on Russian Captured Boys!