Note: The below story is a work of fiction inspired by the series from a gay bondage fantasy site Dream Boy Bondage. If you haven’t read the first part, click here before you continue below.

He never understood pain as he did at that point.

He lost count of how many times this lunatic of a man hit him with that sinister instrument–a leather creation with multiple knotted tails that could bite and sting deeply into the skin.

He was spreadeagled on the cross where he could just feel the stretch on each of his limbs, from his arms, down to his legs. Not only did he agonize over the physical pain caused by the whip, but he also felt very exposed and humiliated to be in such a position.

“It’s now your turn, Jared. Make sure he remembers it,” commanded the Stranger in an even-toned voice.

Now who was Jared?

Despite the many directions that Thomas’ mind was taking this new information, it only led to one simple logic: more suffering for him.

He heard rustling in the background, in spite of his alertness waning and energy depleting over the beating he had just endured.

“Yes, Master,” the new voice responded to what Thomas could only deduce belonged to the man named Jared. Also, master? What kind of a sick game were they playing?

“Now I want you to make him feel the bar. I think he’s had enough appetizers,” the Stranger impassively assessed. “Time to let him taste the main course.”

Thomas couldn’t believe what he just heard. Apparently these sadists didn’t even think the suffering he just went through counted. His worry steadily escalated, and he began to slowly slither into the mouth of doom. It was obvious that his torture would go on.

Thomas felt something touched his skin. He lifted his head and saw a young, athletic man holding a rubber-wrapped steel rod over his abs. It must be Jared. Thomas gazed into his eyes and noticed how hollow they had been. It almost felt like looking at a drone, until the drone of a man swung it upward, bracing to hit Thomas hard on his abs.

“AAAAAggghhHH!” Thomas yelped in reaction to the impact. “Please! Please stop this.” His eyes became a little watery, and his face began to inflame, which was a natural, biological reflex.

Just right in the corner of the room the Stranger looked pleased. In fact, the boy’s plea produced a certain quality in his voice that it became music to his ears, and the reddened cheeks looked like a beautiful piece of art canvas hanging on a wall. The combination had an effect that gave the Stranger a growing erection.

Meanwhile, Jared swung it upwards again in a very clinical manner like a robot impervious to human plea, and programmed solely to see the task to the very end. He rained down on Thomas with a vengeance, blow after blow, and his face didn’t even flinch. 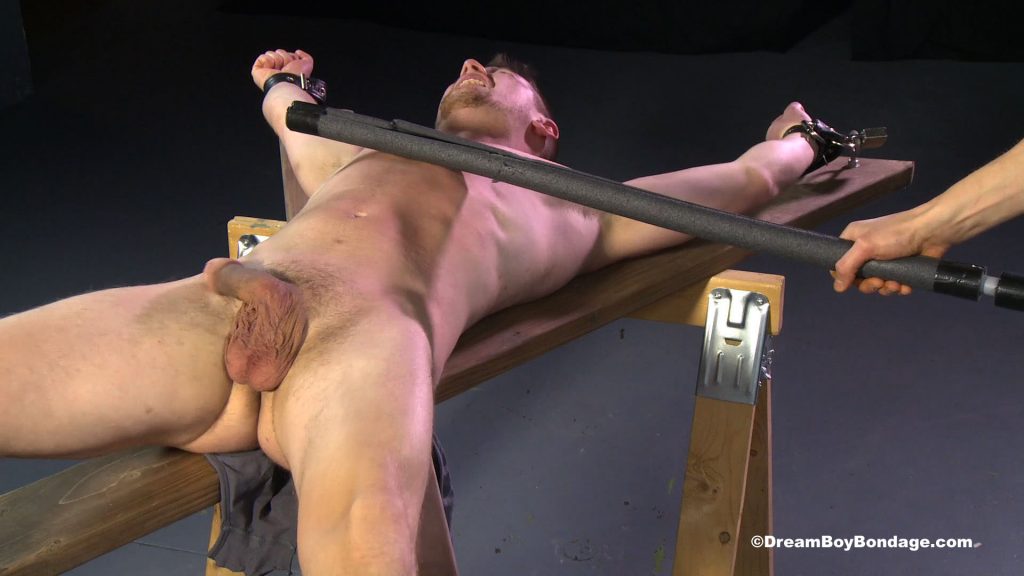 He slowly rubbed his hands on the boy’s tenderized torso. The caress continued up to his chest where the Stranger’s thumb and index finger caught the boy’s right nipple in between and rubbed it in circles. His skin felt warm, and the Stranger felt the sensation surged into him like millions of micro electric bolts and shock waves penetrating his skin, which brought him into a state of euphoria.

“Get the clamps, Jared,” the Stranger dictated. “I’ve had enough play for today. Let’s show this boy the extent of our hospitality here in his new home.”

“Yes, Master,” was the only robotic response from Jared.

Thomas couldn’t even comprehend all of this. He was still in sheer agony over the various torments he had experienced at the cruel hands of the Stranger and his drone.

He felt the pressure in his dick when the clamps bit down on its head, and then a moment later he felt as though he was punched in the gut multiple times when Jared applied the second clamps on his balls. “AAAAAAAHhhhhhhhh! Please remove those! It hurts! It fucking hurts!” 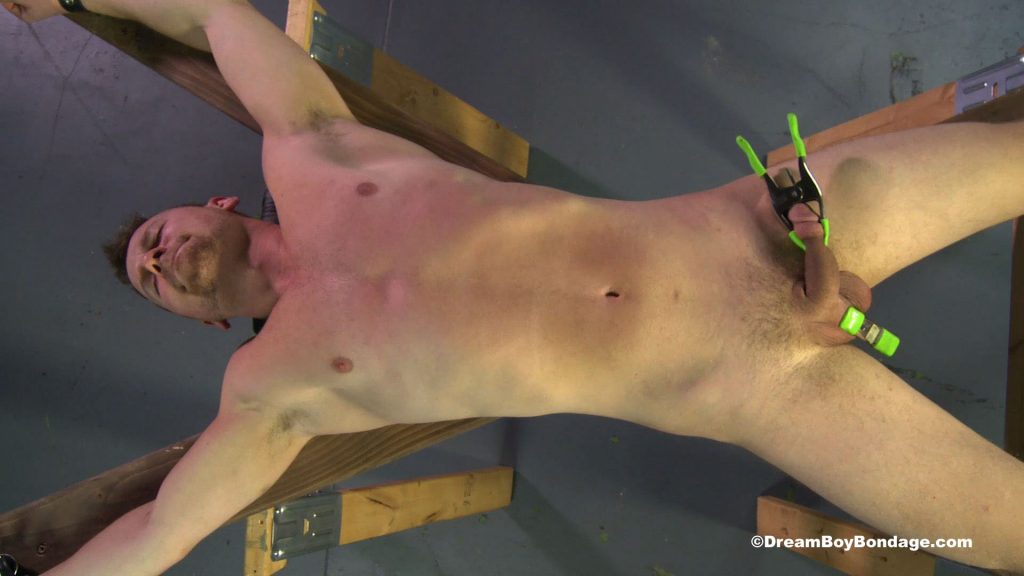 Yet there was no response…Thomas had the chance to look around and saw the Stranger with Jared leaving the room, turning the lights off behind them before closing the doors, and leaving him in complete darkness. 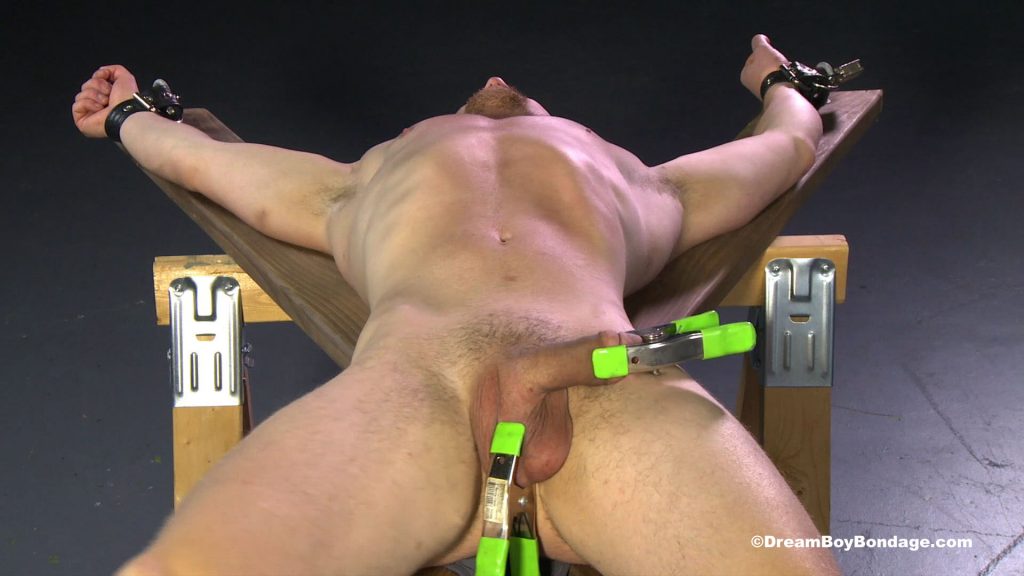 Author’s Note: The above story is a work of fiction. It was inspired by a gay bondage series from Dream Boy Bondage called Thomas – Four Years After. If you want to see the videos and all of the pics, be sure to check it out here.