Left by himself all night alone, naked and handcuffed embracing concrete post, Alex could feel every aching part of his athletic body. The aftermath of being subject to brutal flogging had taken its toll.

He wondered if this was all left to his life, a future of unimaginable pain, serving the whim of an insatiable sadist. He couldn’t fathom it but, yet, here he was, completely immobile tied to a cold, concrete post, which served as a constant reminder that his torment would simply continue.

The door squeaked open but Alex couldn’t see who came in. He heard footsteps and breathing. It was calm but resolute and on purpose. He was surprised to be so perceptive about that, yet instinct told him that he must brace himself for what was to come. He could almost feel the sting of the whip again as it kissed his tormented back.

“I don’t suppose I have to explain how this whip is going to feel when I hit your back.” The voice was soothing, calm, but menacing at the same time. Alex felt the chills down his spine and his eyes began to water as tears slowly streamed down. It was more than fear what Alex felt then but the confusion of deeply liking the perverse things that the sadist was dishing out to him… 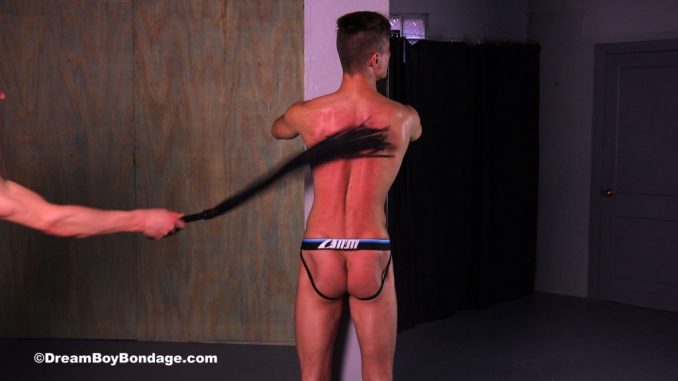 Curious to see what’s more in store for Alex? 🙂