THE WALL – We all know that every guy who submits to different rounds of punishments on 30 Minutes of Torment gets tied to the wall. Alexander Gustavo finds himself in that position with his hands locked to his thighs. It’s an effective way of putting someone in a very vulnerable position. Sebastian Keys gives him a few rounds of corporal punishments.

THE CHAIR – Beaten from the corporal punishment, Alexander is secured to the electric chair. Sebastian delivers varying degrees of electric shocks to Alexander’s most intimate parts. The butt plug does its job and leaves the poor guy screaming from the electric current shooting up his ass. That’s nothing compared to the jolts coming from the cattle prod!

THE WATER STATION – Sebastian decorates Alexander’s beautiful body with the unforgiving clothespins before he cruelly hoses him down. Sebastian aims to knock off the clothespins from this process so Alexander’s definitely in for some serious water torment. Failing to remove all the clothespins using the hose, Sebastian picks up a wicked cat’o’nine and begins with the onslaught of whipping them off. Alexander screams from the pain! 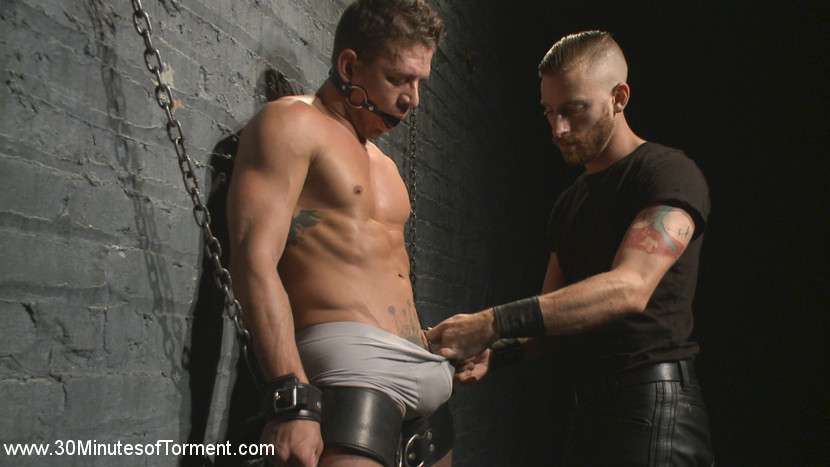