The clip opens up with Connor lying on the rack, arms raised above his head. We see him breathing heavily, indicating that he had already suffered a lot from Jared’s hand previously.

If there’s a man that can easily give you an instant boner just by looking at his glorious and perfect body, that’ going to be Connor Halsted! I literally cannot count the times that I’ve jerked off to this video!

There’s also something else about how Connor expresses his suffering. I like what he does with his mouth and the sound that he makes. There’s vulnerability in his voice that you want to hear more.

Then Jared comes in and hangs the weight on the harness that stretches Connor out even more. The more weight you hang, the more pain you can inflict upon this hunk of a man.

This is the final video in the series but you must catch Connor in the earlier videos on DreamBoyBondage! 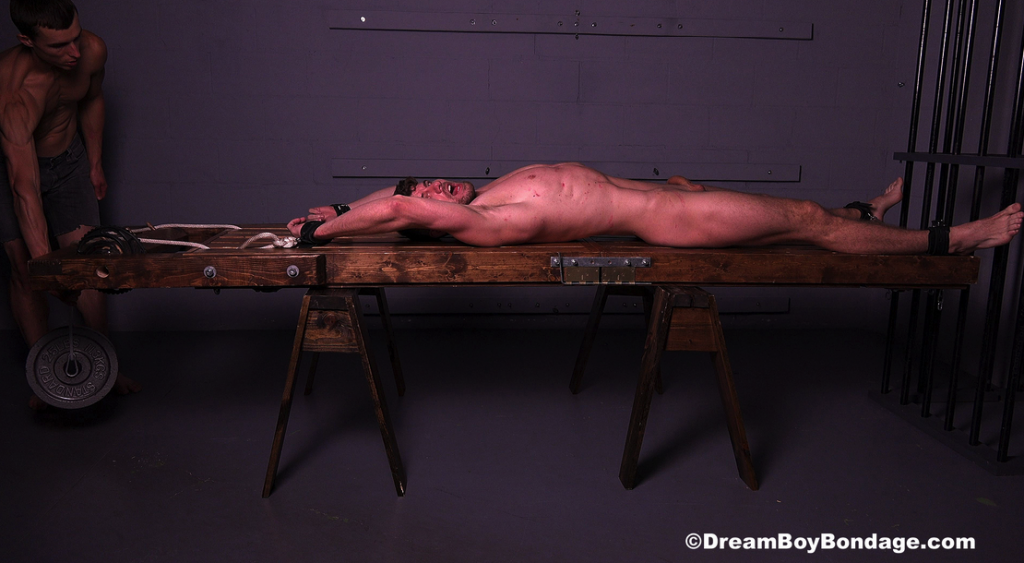 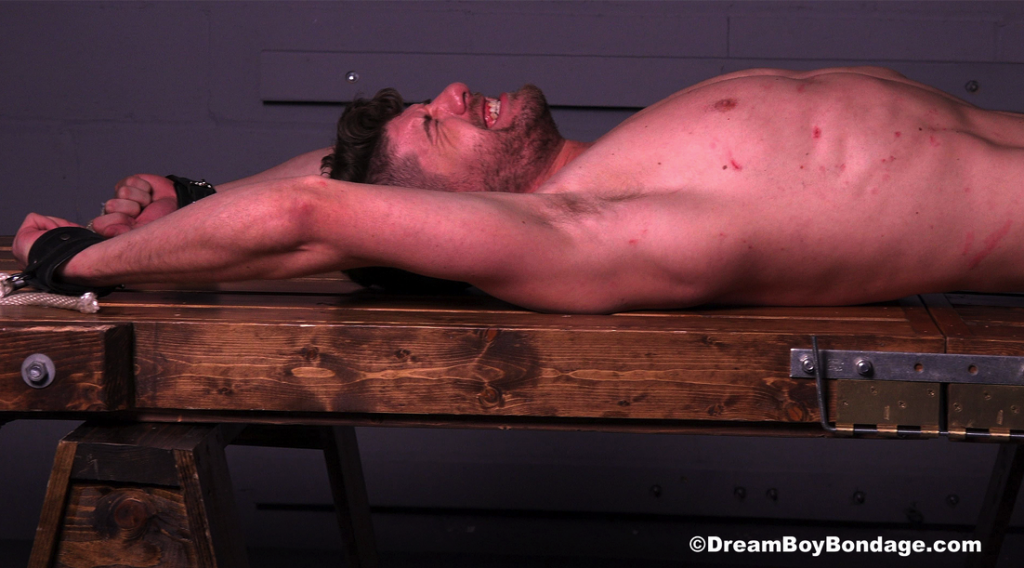