Dream Boy Bondage normally features bulkier men than the two men we’ve featured today, but sometimes you get a craving for something different. A call for variety would fire up and we have no choice but to satisfy it. Otherwise, it won’t stop haunting us until we give in.

This is part four of the series called Silent Slavery featuring Noah. He’s an 18-year old boy who ended up in the sadistic hands of Jared.

Noah was blindfolded. This only resulted in his anxiety to shoot up. But then again he felt the feather touch of someone. His anxiety was then mixed with another sensation that he couldn’t understand. Was he starting to feel pleasure with all this? A few moments ago, all he knew was the agony and the torture that Jared was inflicting on him. Noah was also tied down on the table, spreadeagled, so he was completely helpless. 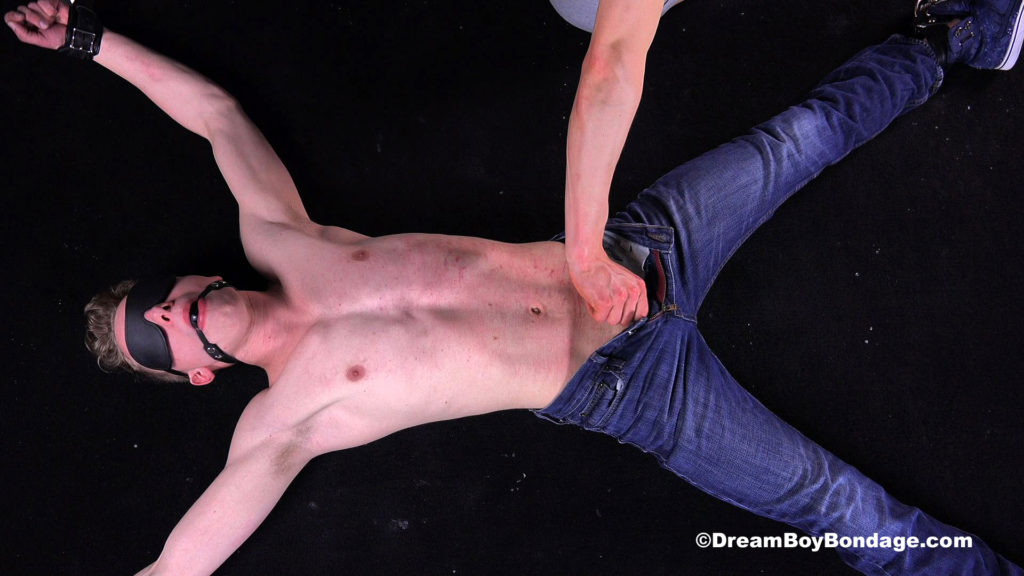 When Jared went to touch Noah’s cock, he first felt disgusted. It didn’t take long before he felt the pleasure building up from within him….then WHACK! Suddenly the pleasure was gone and he was left with nothing but pain.

If you want to see what happens next to Noah in Part 4 of Silent Slavery, catch him now in the rest of the series on Dream Boy Bondage!

In Part 5 of Twink Torture, Logan’s sufferings continued. He didn’t know what to think. The man called Jared rarely yelled. In fact, he spoke very gently. There was, however, no mistake in the danger that lay in the calmness of his deep voice.

Logan was still tied and secured down on the cross with electrodes and wires attached to his ankles. He knew that he had to give what Jared wanted or there would be more hell to pay. Now it seemed that Jared wanted him to get off while he stroked Logan’s cock. 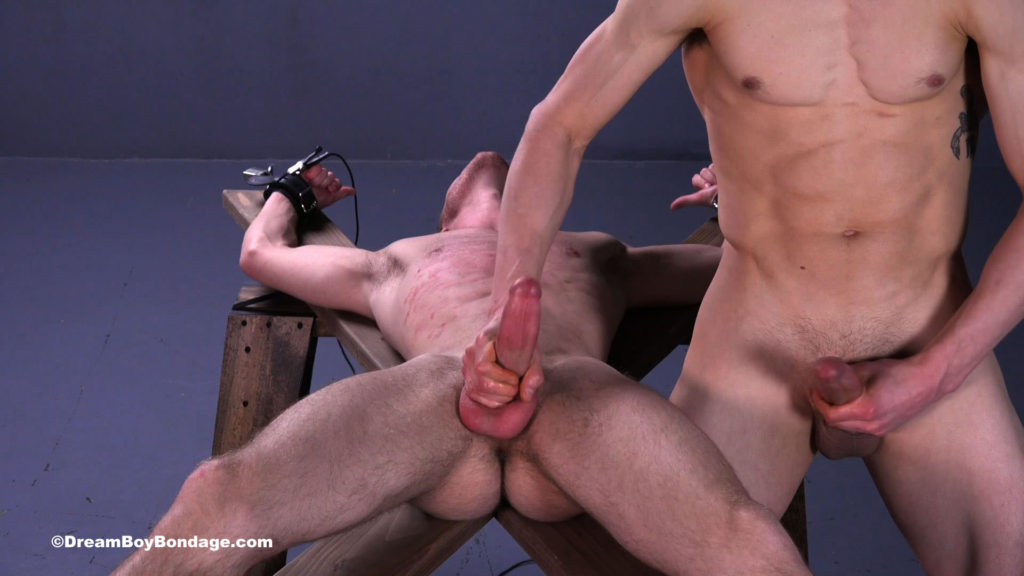 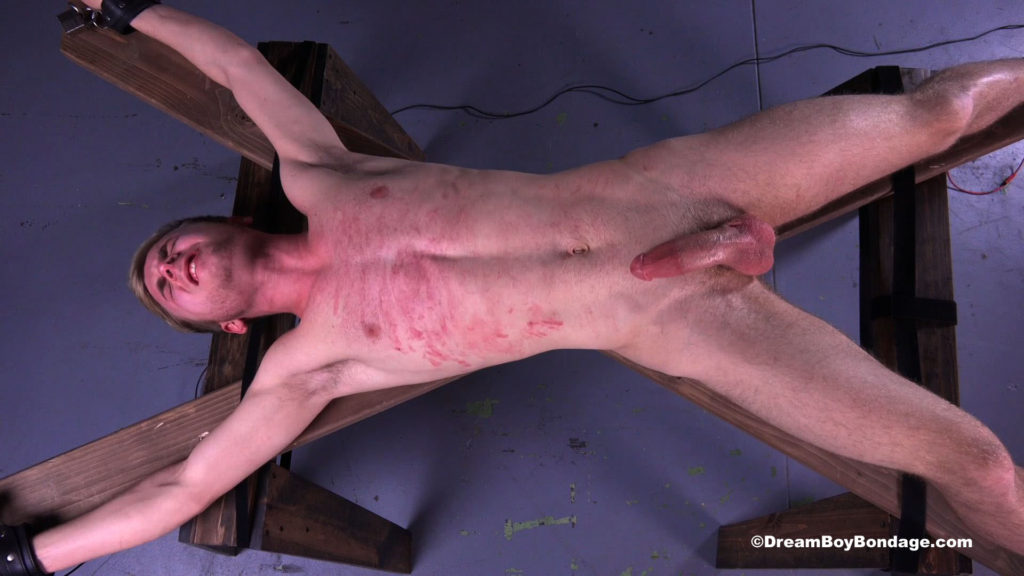 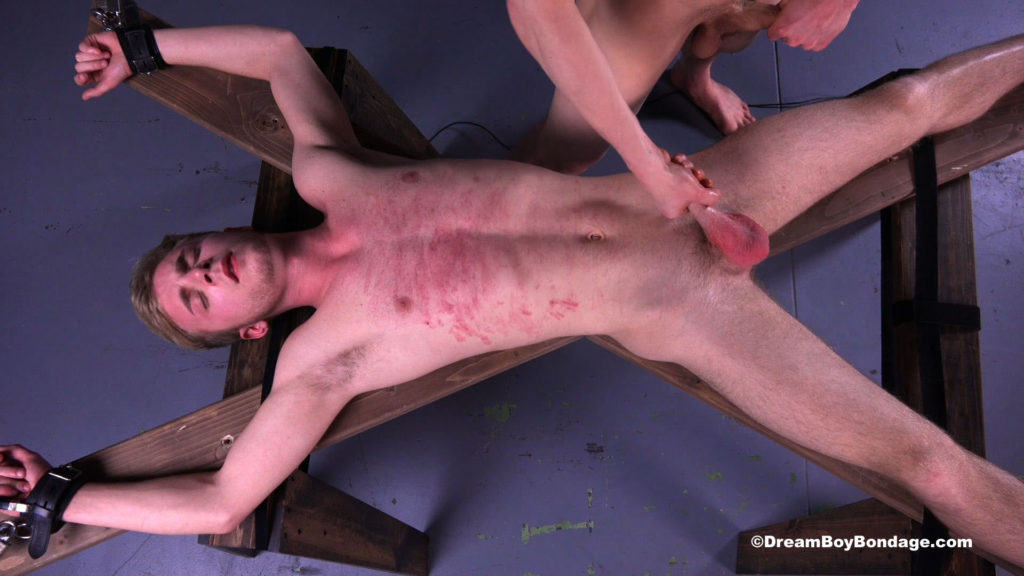 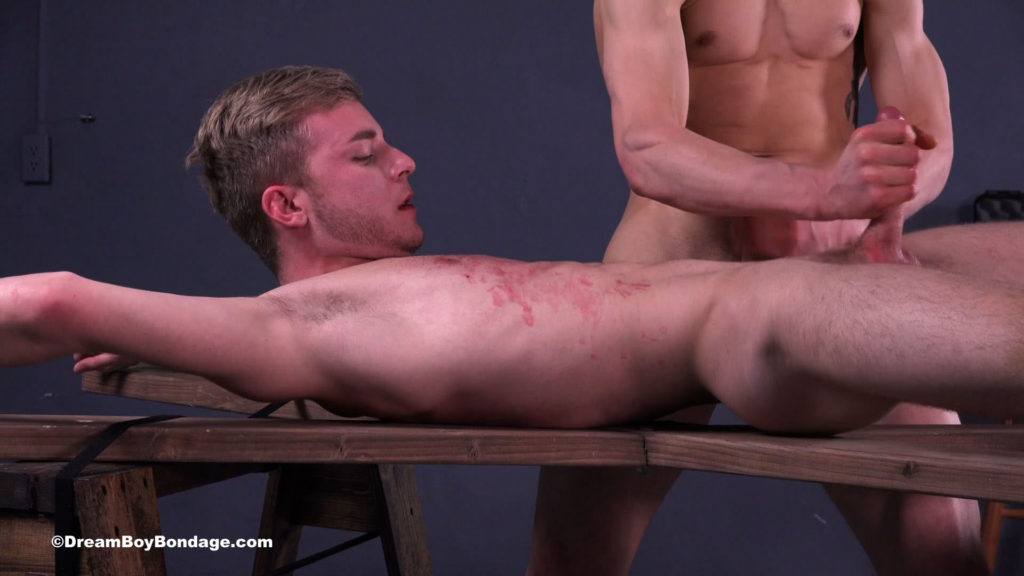 “Why are you doing this to me?” Logan asked, closed to tears yet again.

“Because I like looking at beautiful boys in pain. That’s why.”

The last statement rendered Logan speechless. It was clear that his suffering was far from over.

Want to know what happens to Logan in Part 5? Check out the video on Russian Captured Boys!