Part of that display of submission was to expel the sadistic, muscular man off his back. Noah thought that if he obeyed his orders, he would leave him alone. How very wrong he was with that assessment.

Noah felt like he was going to pass out. He had been hanging on the cross for hours. If he let himself hang by his wrist, it would only take a few minutes before he felt like his breath would get knocked out of him. He would then struggle to pull himself up, straining and flexing his already sore muscles.

That’s the beauty of the cross, Jared thought. The agony is endless and constant. What makes him relish this moment more is looking at a beautiful, blond teen struggling, his muscles outlining the smooth skin of his lean body. Ah, his master will definitely be happy… 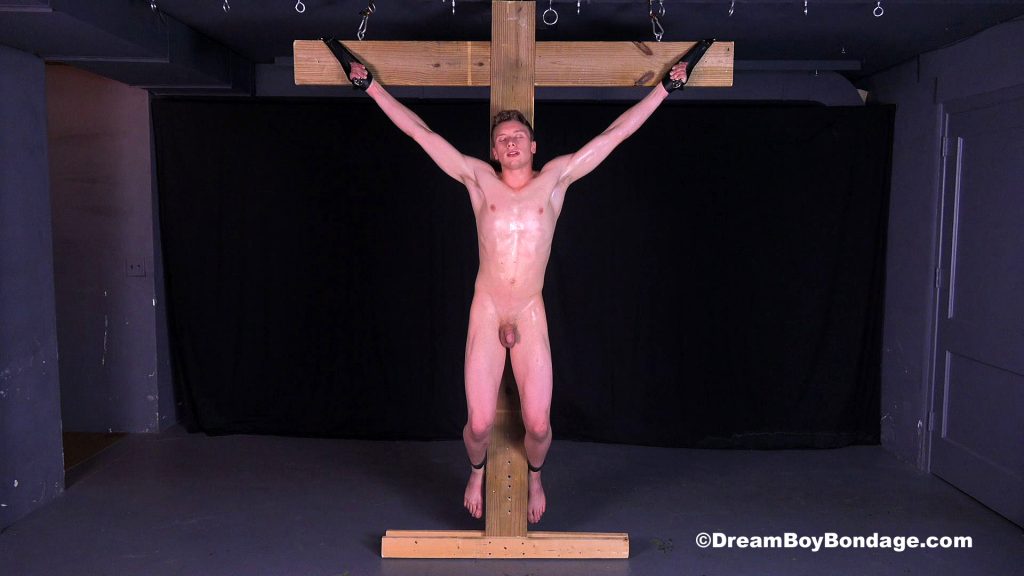 Watch Noah struggles upon the cross only on Dream Boy Bondage!