News Ticker
One of the sexiest models on Kink Men has returned. I love Rikki York! He’s just hot and this shoot with Trenton Ducati on Bound Gods is a clear testimony of that.
Rikk’s just looking for a quick fuck after a long day at work. He spots the hunky Trenton Ducati at a local gay sports club. He thought that it’s going to be that easy.  He’ll realize later on that the hunk doesn’t really get off on boring sex. He likes it rough and Rikk’s going to be on the receiving end.
Trenton takes the hot sub’s he picked up at the bar into his dungeon. He then chains him up and flogs his hot body so he can see the boy strain. He continues for a few more lashing and then he decides to give this hot man some reprieve.
Rikki’s gasping from the whips raining down on his body but it stops and he’s grateful. His body’s aching from all angles. A few moments later, he’s made to swallow Trenton’s cock and he’s happy to oblige.
Trenton pushes the slave down to the ground and he makes him lick his boot. The slave complies and immediately crawls down and licks as commanded. This makes Trenton very pleased and so horny. He loves obedience, especially coming from someone like Rikki. He rewards him by tying him against the wall and fucking him senseless. 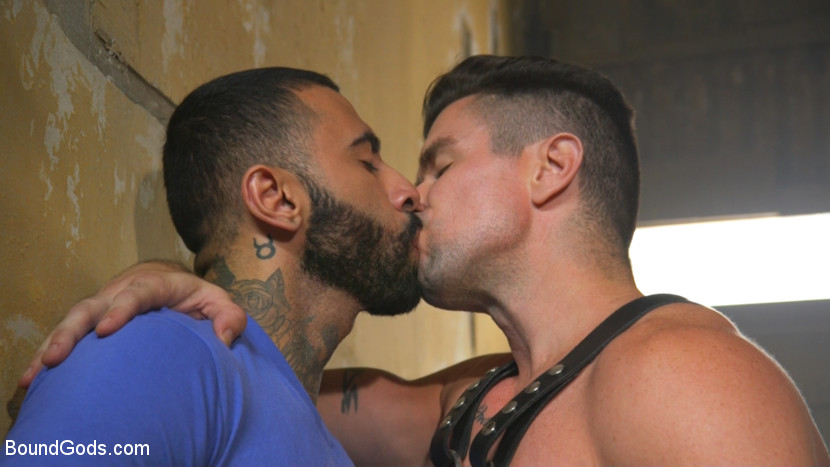 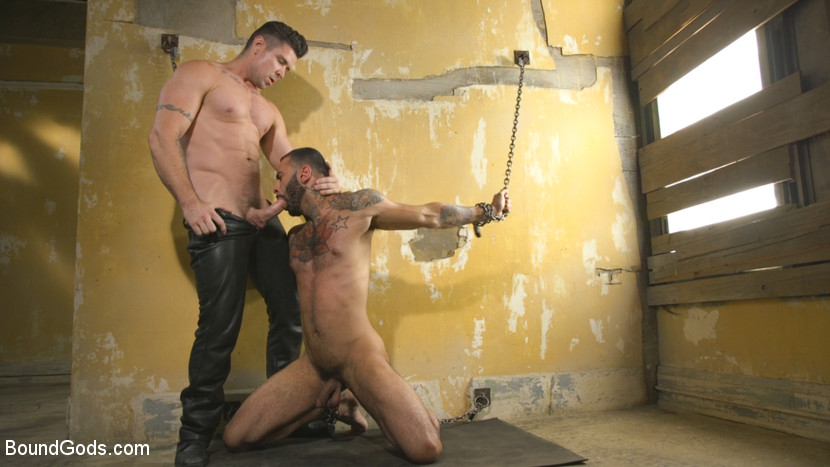 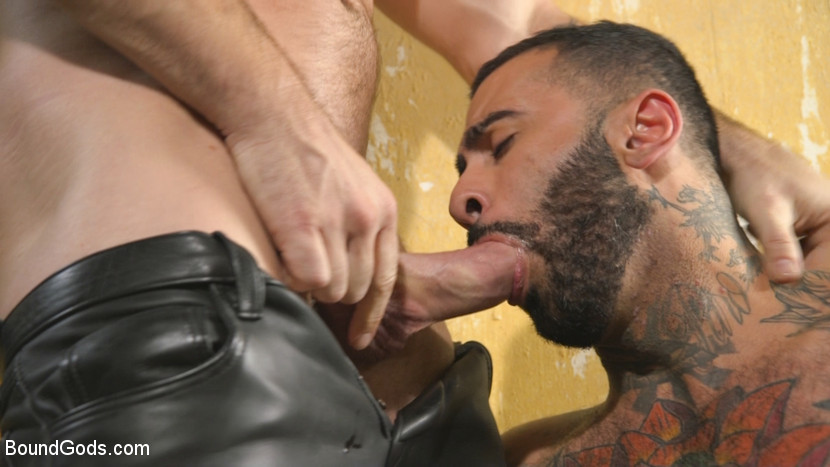 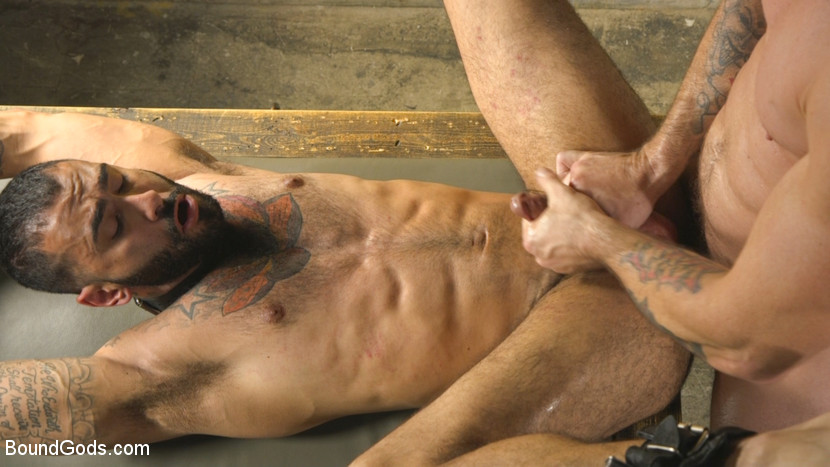 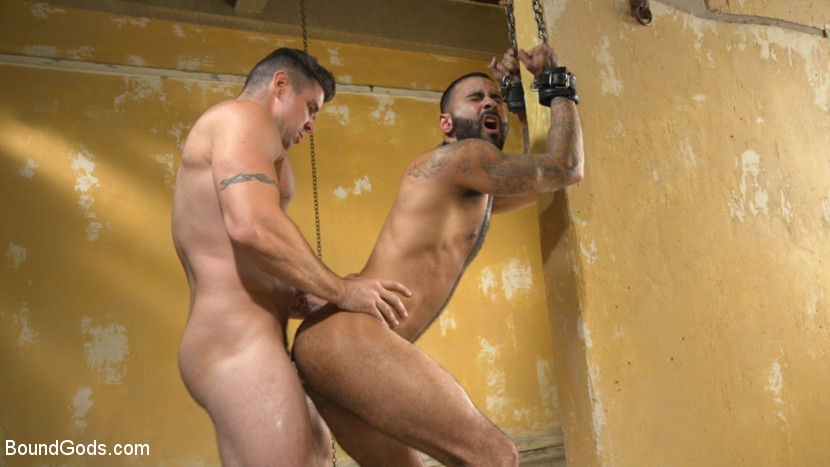