In the previous part of this Russian Captured Boys series, the Sargeant took it up with the poor prisoner, blaming the lad for the sufferings that the Sargeant endured for letting the prisoner’s comrade escape. Click here for the full post.

Well, the prisoner remains strong and endures the torments with dignity. The Sargeant isn’t going to give up. He needs to break this prisoner to make him realize the grave mistake that his comrade has seriously committed.

The prisoner could endure the whips and the beating but he doubts he’ll have the stomach to last through some good rounds of electric shock.

They all submit to the power of the electrodes, the Sargent thought. Even the most stoic of men cannot hold it for much longer.

And that’s what it’ll only take to break this prisoner now lying on the rack! 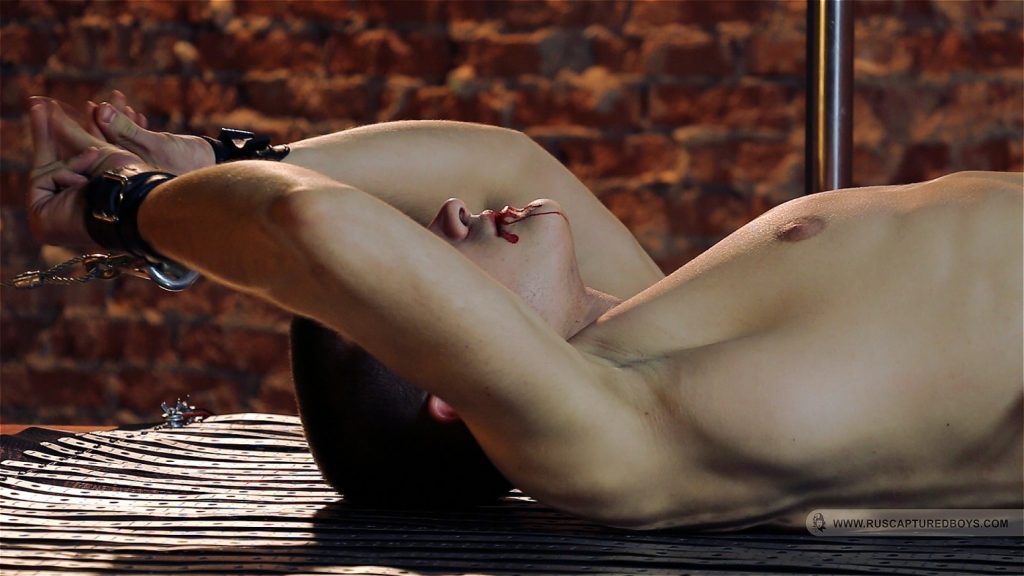 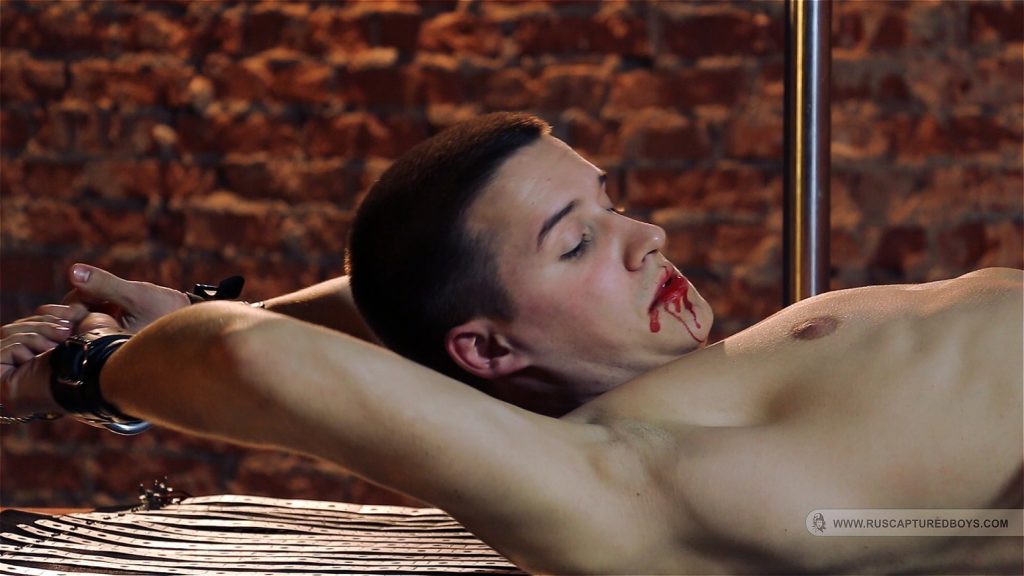 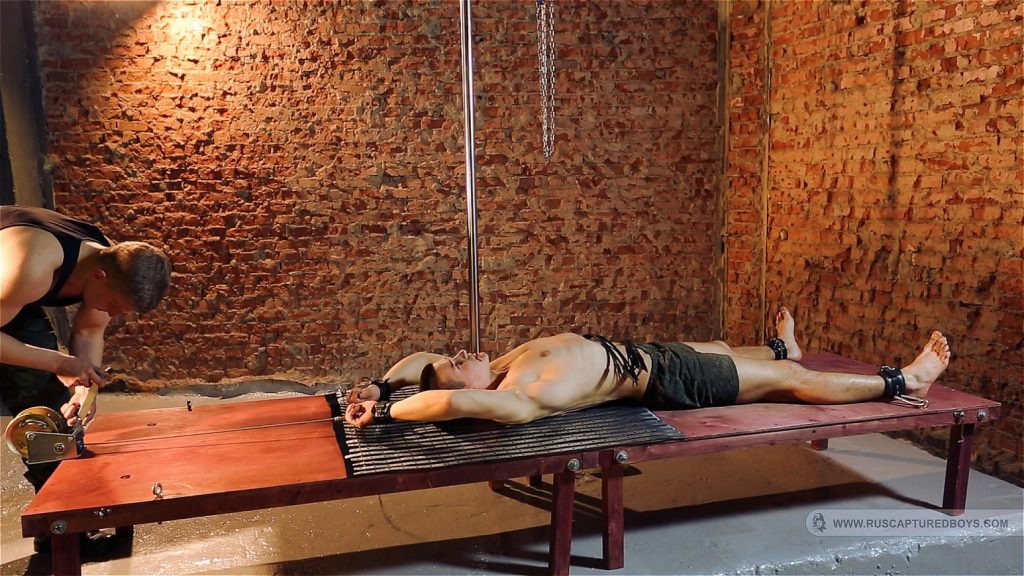 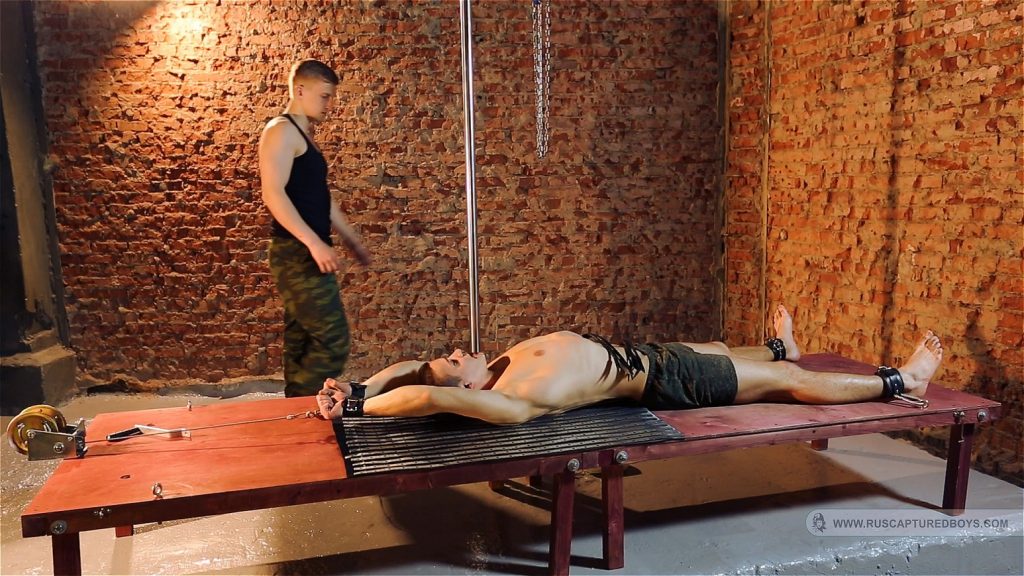 Catch the bondage video featuring the whole ordeal that this prisoner went through in the rough and cruel of hands of the Sargeant, only on Russian Captured Boys!