Check out this bondage throwback produced by Bound-Up Boys. I can’t skip the opportunity to share this series that features the beefy Brogan under the ministrations of Joey.

Some twinks fantasize about mastering a muscle stud.

Wouldn’t it be nice to actually have these hunks under their control just for once? Unfortunately most twinks only fantasize about it without following through.

Joey’s been patiently waiting for the right opportunity to seize Brogan, the poor muscle stud who will submit to Joey’s every demand.

The time has come to turn the tables around and Joey didn’t waste any more time. When Brogan walked up to his car in an isolated parking lot, things went by really fast. The last thing he saw was a hooded man, and then everything faded.

When they reached the abandoned warehouse Joey secured Brogan against the cross so he could stare at his magnificent body locked in bondage.

Later on, when he’s through feasting his eyes, he’ll make him taste the electrodes! 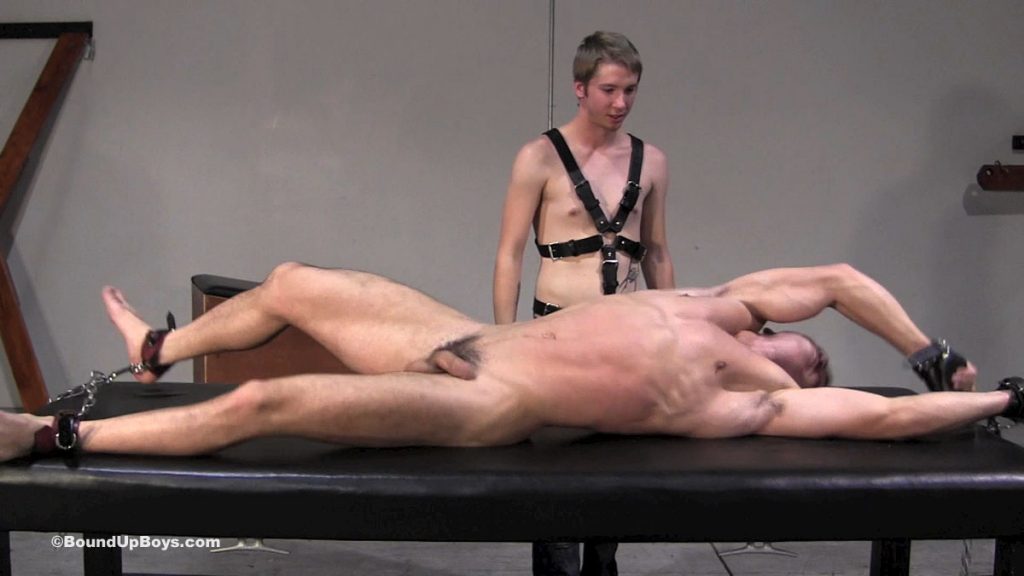 Watch this bondage video only on Bound- UP Boys!