The big plus is that it captures many shots of Ivan’s amazing body from almost every angle. The poor lad is no doubt in pure agony when the interrogator attacks the sole of his feet with a leather cane. Just look at Ivan’s face. Can’t you tell? 🙂 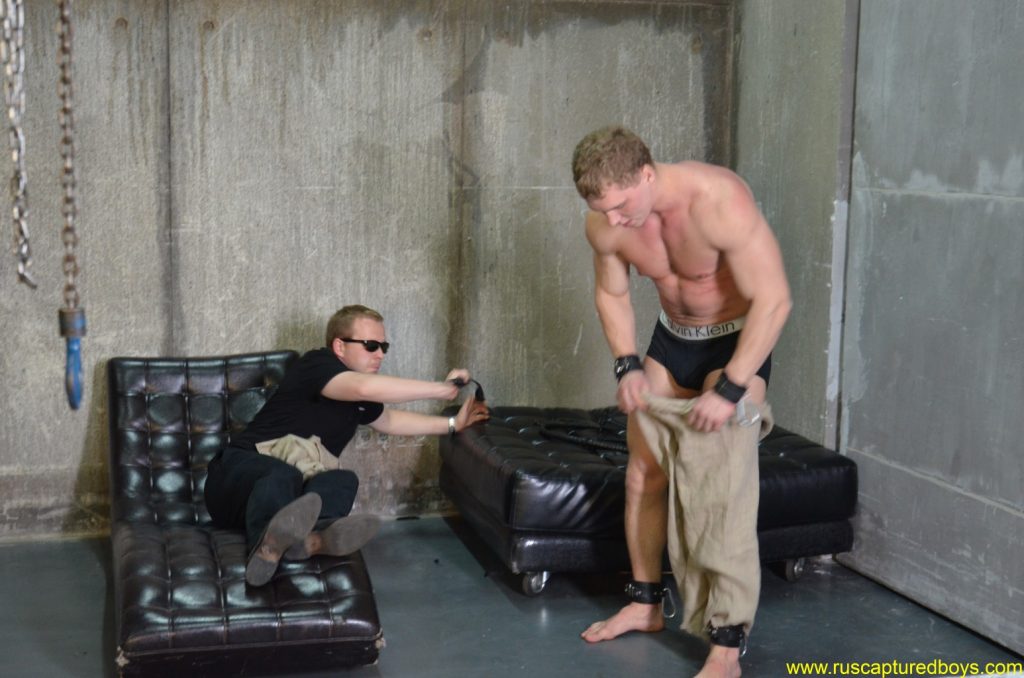 When everything is set and done, the torturer moves to the leather couch and demands the male slave to stand at attention quickly. He then tosses a typical slave sack outfit towards Ivan and instructs him to wear them right away.  He’s obviously confident that he’s beaten this muscle stud into submission.

Of course it’s not enough for the sadistic torturer to inflict pain earlier. He has to flick that whip while Ivan struggles to get dressed, revealing that perfectly shaped torso of his, much to our delight. 🙂

There’s a fun twist here in the end….That look of hatred on Ivan is more than enough a clue you need to guess what it could be. If you want to know for sure, you can see the complete video and pictures on Russian Captured Boys. Enjoy! 🙂