When Russian Captured Boys featured my favorite captive worker in the first part, I’ve been stalking the site almost every other day in the hopes that they release the sequel immediately. Well, two weeks after, my prayers have finally been heeded; that makes me so grateful…as in thank you very much. This site surely made me feel like two weeks is an eternity.

Even the site producers have commented that this guy has become a favorite pain slave. In part 1, you can tell that the captive worker tried to maintain his resolve and composure despite the whipping. In here he was already broken from the electric shocks. 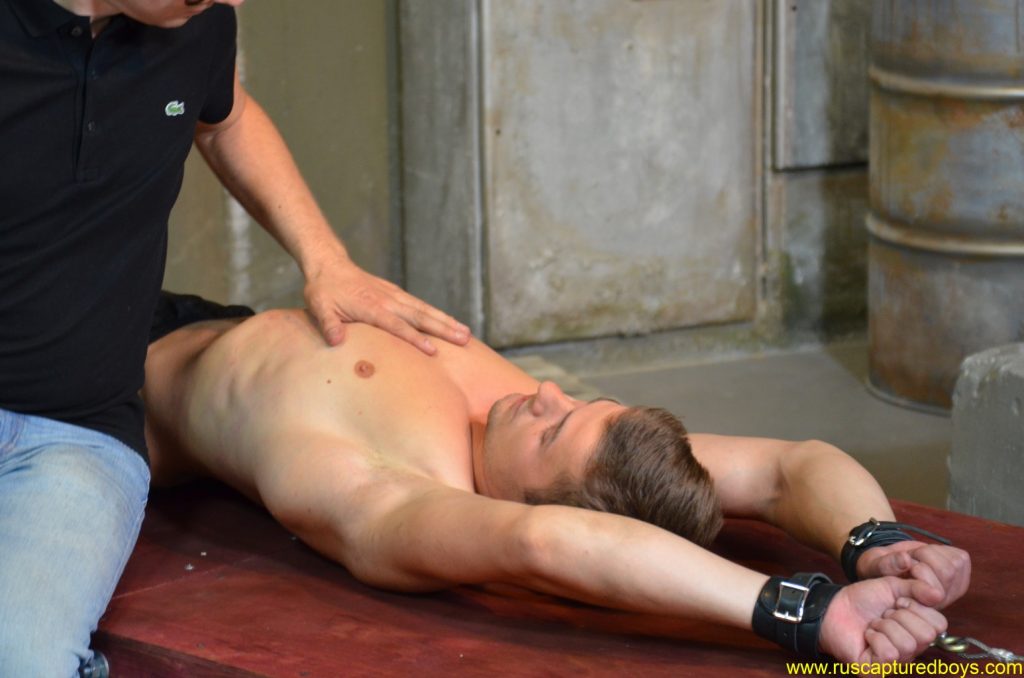 When poor slave has been warmed up, it’s time to give him another round of vicious whipping on the chest with a single-tail and a flogger.

And look at the results! Beautiful welts. 🙂